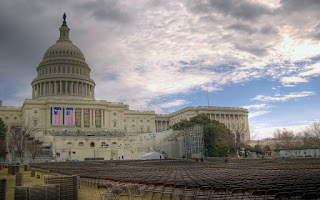 For 2010, I’ve decided that the adventure part of my identity needs some attention, so I’m going somewhere for Spring Break. I’ve decided to go to Washington DC, as I’ve never been and have really grown to appreciate our political process and common history. Here’s what I’ve got scrapped together so far:

Overall, I think the plans look good. I’m very excited about travelling by train. The hostel is insanely convenient and includes free breakfast. A cheaper place would likely end up costing more due to transportation and lost time. I chose a flight back because the train would cause me to lose two days – it departs on Wednesday at 11am and arrives Thursday at 5am, after which I would just sleep all day. It seems the base for this is around $270, including lodging, transportation and breakfast. Most of the monuments and museums are free, so lunch and dinner would be the major incidental costs.

Does anyone have any tips for DC? Any places that you would or wouldn’t see? General critiques?

2 thoughts on “Spring Break in DC”