Netbooks are a new computer form factor designed to provide extreme portability at a low price for wireless access anywhere. They achieve this through a small chassis and low-power hardware. Netbooks are secondary computers, aimed at people who already have a kickass desktop or a bulkier laptop and just want something to can bring to class, lounge with on the couch, or browse with at the coffee shop.

Six months ago I got a refurbished Dell Mini 9 netbook for $240 from Dell Outlet. The size still elicits a “wow” – at every lecture this semester neighbors have asked if they can play with it. (sometimes during the talk!) The overall netbook market has settled on a 10″ standard.

General Notes
Hardware
There are dozens of netbooks and almost all of them have the exact same specs: 1.6GHz Intel Atom processor, 1GB RAM, no DVD drive, 9-10″ screen, integrated graphics, 1024×600 resolution, and a webcam of some sort. Things that will vary widely are battery life and keyboard size.

The lack of a DVD drive will probably bother some people, as will the presence of integrated graphics. Both of these are non-essential to the netbook philosophy, which dictates that everything important is on the internet. If not, you need a more powerful computer anyways. nVidia’s Ion platform aims to change the graphics issues, but has seen slow adoption.

Operating Systems
Windows 7 has been touted as the best choice for a Windows netbook experience. Although not formally launching until October 2009, the release candidate can be easily acquired. The redesigned task bar helps promote minimalism and new optimizations make it run smoother than previous Windows incarnations. Vista is all but impossible to use functionally. XP is offered on almost all netbooks, and is the preferred choice over Vista.

I prefer Linux, which has finally matured enough for mainstream use. Several vendors ship with Ubuntu Linux. I find that Ubuntu to be far more usable than Windows, especially the painless updates and streamlined software download and install process. I tried the Ubuntu Netbook Remix (UNR) which is optimized for small screens, but I wasn’t a fan of the particular application launcher. My final configuration was a self-remixed version of the Desktop Edition, adding the uses the Maximus, Window Picker, and Human Netbook Theme packages.

I just got an invite for the Jolicloud alpha, which looks like a promising netbook OS with a much better app launcher. I’ll update with impressions later. 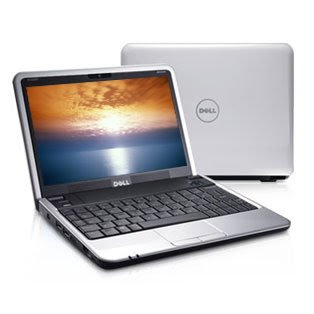 My netbook is the Dell Mini 9 – “little-guy”. It is about the same size and weight as a standard hardcover book (see above). The display is an amazing LED backlit display with great colors and contrast – it has been favorably compared to the MacBook Pro displays. The build quality is very solid. There are no moving parts in the entire chassis due to the low-power Atom processor enabling a fanless design and the use of a solid state drive. In addition, every component is extremely easy to access – requiring only the removal of 2 screws to get to the wifi card, hard drive and RAM (see below). On the standard 4-cell battery it gets about 4 hours of battery life on full brightness with wireless enabled.

There are two caveats. First, the keyboard is wonky due to the 9″ form factor. Dell decided to sacrifice the standard layout to ensure that the letters were near normal size. My typing speed is about 20% slower than on a full-size keyboard when punctuation is required. Also the solid state drive in the base model is only 4GB. Since most of my data is on the cloud, this isn’t a big deal. If you need more space, there is an SD HC slot on the side and the hard drive is easily replaceable.

The base Dell install of Ubuntu 8.04 is okay, but not excellent. The OS is bundled with the Yahoo web apps suite linked everywhere, which was frustrating since I live on the Google cloud. The application launcher was very well done. Software updates were a pain since Dell used an LPIA Linux kernel instead of the more ubiquitous i386 kernel. In usage, there is no difference, but it does mean that the package manager is severely limited. You can also order the computer with Windows XP.

All in all, I think the form factor of the Mini 9 is well worth it, and doubt I would toss it around as much if it were slightly bigger. The keyboard can be overcome, especially when you recognize that it is meant to be a secondary computer. If I need to do serious work, I’ll get on my desktop. 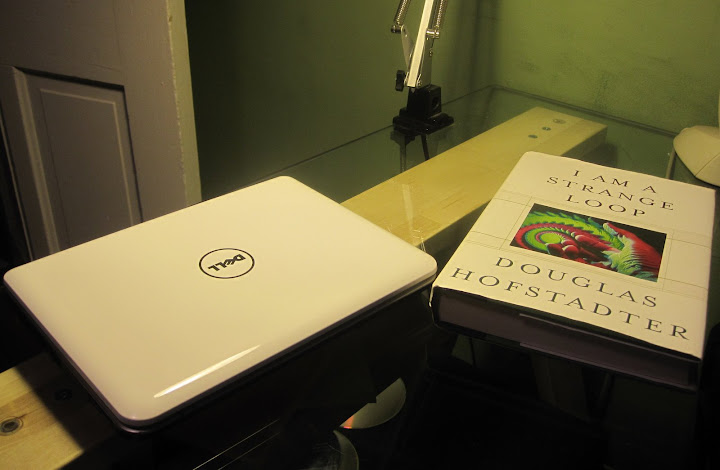 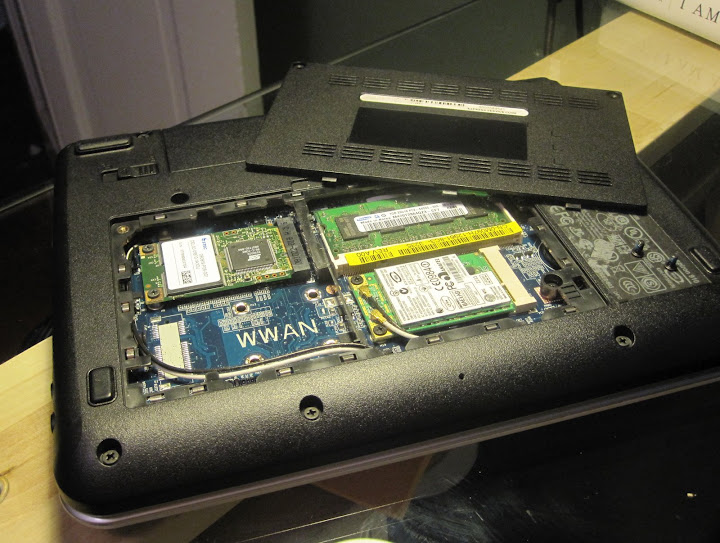 Other Reccomendations
LifeHacker has an excellent Hive Five article on netbooks: Five Best Netbooks. It focuses on 10″ models, which seem to be the emerging standard. The Asus 1000HE has received much praise.

If you are interested in a 9″, the Dell Vostro A90 is the same as the Mini 9. The Mini 9 has been removed from the main page, but it appears you can order it here.

Purchasing Notes
If you are an IU student looking to purchase a netbook, remember the IU Dell Partnership Program. You’ll be asked to authenticate via CAS and then taken to a custom Dell page with 7-12% discounts on all items.

Everyone should look into the Dell Outlet. The prices are severely lowered and all computers come with a standard 1-year warranty. My Mini 9 came from the outlet, and I have been completely satisfied.