Figured it’s been another 4 months, so it’s time for another life update. This was an incredibly productive summer with the open-sourcing of the InPhO Project, an extremely successful refactoring, and two publications hitting press. It was also fun, as I started gigging with Afro-Hoosier International and took a road trip up California 1 with my brothers. All in all, a great bookend on this past chapter of life. 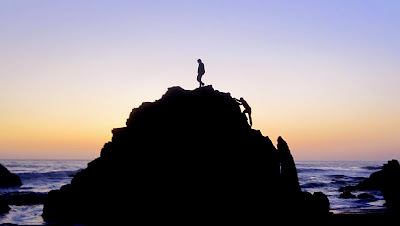 All of the InPhO code has been open-sourced and uploaded to GitHub in two repos. The inpho repo contains our data mining code, while the inphosite repo contains our API and website. Most of the code in the inpho repo was newly ported from Java so that we could use NLTK and integrate with the ORM. We hired a new undergraduate, Evan Boggs, to help refactor the code, and after a long summer, were able to cut 10,000 lines form the code base.

In July, I quit the Syriac Reference Portal (SRP), after several months of work deploying Semantic MediaWiki and the new COGS Bibliography Engine. I learned a lot about generalizability of the InPhO code, and what the humanities side of digital humanities needs, but ultimately the data provenance goals of the historical community are still an open question for semantic web research and standardization, and I want to focus my research efforts elsewhere. I hope the project finds success and will continue to support it through work on the COGS Bibliography Engine.

Publications-wise, the work on speciation and clustering was accepted as a full paper at the European Conference on Artificial Life (ECAL). I’m really pleased with the biological narrative we were able to weave, and am working on some further work with Larry Yaeger and Sean Dougherty on adapting the clustering tool to larger datasets. Also, Colin and I’s paper on the InPhO API from last year’s Chicago Colloquium on Digital Humanities and Computer Science was finally published. 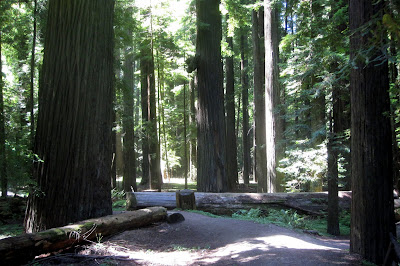 In May, I joined Afro-Hoosier International, a local afropop and world music dance band. Five gigs in, it’s been crazy fun to play sax with other people again. We’re an 11-piece band, with three horns, three vocalists, keyboard, guitar, bass, kit, and auxillary, and we groove. We’ll be hitting the studio sometime soon to put togehter an album — I’m really pumped. This is a recording from my second gig with the band in Bryan Park:

At the end of July, I finally got to take a little vacation from the grind. For the first time ever, both of my brothers and I headed out to California at the same time to visit my Dad. While we were there, we took a road trip up the North Coast on California 1 to the Avenue of the Giants, the Black Sands, and Arcata in Humboldt County. We managed to make no plans at all, and took things at a completely leisurely pace, stopping and going as we pleased. I kept my cell phone and e-mail turned off for a record 5 days. 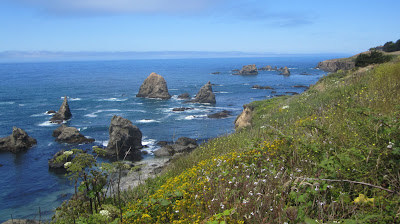 « InPhO for All: Why APIs Matter